The Golden State’s farms may stretch well into the countryside, but many of California’s best farmers' markets sit within the bustle of the biggest cities. On any day of the week, go where the top chefs and locals go for their produce—and see the amazing bounty that is Californian agriculture in a single swoop. Here are the don’t-miss farmers' markets in California’s 10 biggest cities (year-round, unless otherwise stated), listed north to south, along with a few notable smaller-city markets.

The biggest market in California’s capital city—with over 120 vendors, offering countless peppers, fruits, mushrooms and rainbow-hued cauliflower—convenes year-round at the underpass of US 50 (look up to see how the ceiling has been emblazoned with a blue-sky mural). Other markets happen in Sacramento almost every day during the summer; one is the Capital Mall Market, which features food vans at lunchtime.

The market in this restaurant-filled area is foodie favourite: while you peruse the produce, get a coffee from Blue Bottle and a croissant-like kouign amann from Starter Bakery, which has earned a cult following.

The city’s 1890s' ferry terminal has been reborn as a remarkable food hall focusing on local artisan food purveyors. It also hosts a huge farmers' market, a favourite of local chefs in this ultimate foodie city. Come on Thursdays for street foods such as tacos and pizza; on Saturdays, sample wares from local restaurants.

The Friday market (May to November) at San Pedro Square offers fresh produce, artisanal breads and gifts, and some offbeat Silicon Valley tech—like the occasional Blender Bike, which you can pedal to make your own smoothie. On Sundays the Japantown Market offers diverse veggies—like great daikon (white radish), won bok and pak choi—along with artisanal breads and barbecue.

Even Alice Waters has claimed to be a fan of this twice-weekly Central Valley market, which resides under a cathedral-like canopy of trellises. Look for local peaches, plums and nectarines, along with heirloom tomatoes, artisanal cheeses and pastries.

Celebrity sightings are almost as common as just-picked strawberries—plus basil, quince, mange tout and more—at this party-like market with three locations. The word is that LA’s A-list chefs tend to shop at Wednesday’s market on Arizona Avenue between 4th & Ocean.

This LA County market is open as late as 8 pm  during the summer—a nice way to catch a sunset and also take in some Long Beach history: the coastal location was the site of the 1932 Olympic rowing competition and the 1968 Olympic rowing trials. These days you’ll also find local produce, prepared food and live music.

The Orange County city’s Center Street Promenade is closed to cars for this lunchtime and afternoon market. This means you can truly wander through the produce—lots of avocados, citrus and herbs—crafts, and prepared foods such as tamales, barbecued meats and roasted corn-on-the-cob.

Tucked in on one side of the city centre, the San Diego district of Little Italy is already a foodie magnet (with restaurants such as Juniper & Ivy and Craft & Commerce), and this market may feature as much prepared food as produce. After looking over the fruit and veg, don’t miss the artisanal breads, gourmet guacamole, vegan bacon and greens-rich smoothies.

The Valley Farmers' Market, on Golden State Avenue, is the biggest and oldest market in this Central Valley hub; it stretches beyond produce into jams, olive oil, soy candles and jewellery. Brimhall, meanwhile, focuses on small farms and more gourmet fare.

This wildly popular market has incredible produce (look for unusual Asian fruits and vegetables), entertainment and cooking demos. The 'Picnic in the Park' market (Wednesday evenings from mid-March to October) includes a wine and beer garden, music and children's activities.

This Higuera Street market is a weekly street fair, with more than 120 farmers and vendors: come to look at the Central Coast fruit and veg, and stay for the live music and dinner choices which include sushi, pizza and barbecued meat.

State Street is the city’s main shopping street every day, but on Tuesdays it comes alive with chef-magnet produce—including local olives, pistachios and seasonal fruit pies from nearby Solvang—and live music. The city has five others days’ worth of markets, too.

The desert metro area has a trio of markets—in Palm Springs as well as Palm Desert and La Quinta. (Good news: the markets move indoors, with air-conditioning, during the summer.) Look for local dates, avocados and grapes, as well as lavender and freshly made tamales. 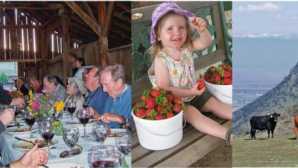 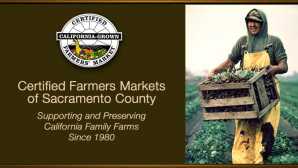 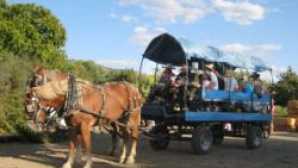 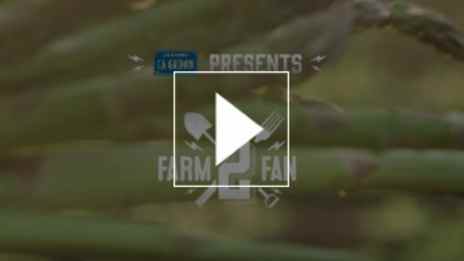 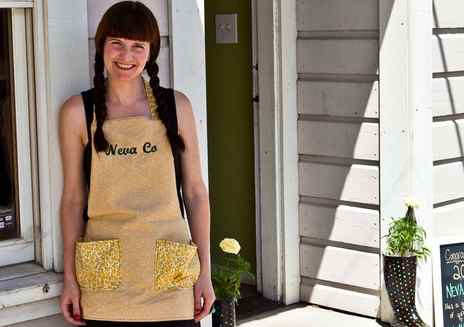 This forest-wrapped hamlet of handsome Victorian-era homes and tree-lined streets 60 miles north-east of Sacramento is one... 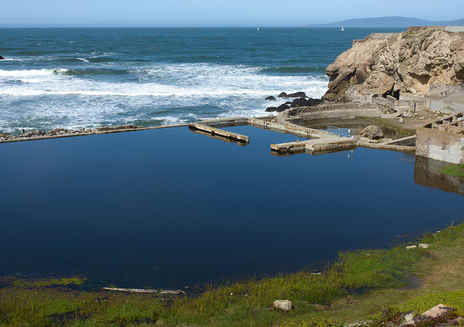 While most people beeline to the Golden Gate Bridge for their Instagram shots of San Francisco, some of the most amazing views of the City by the Bay and its dramatic... 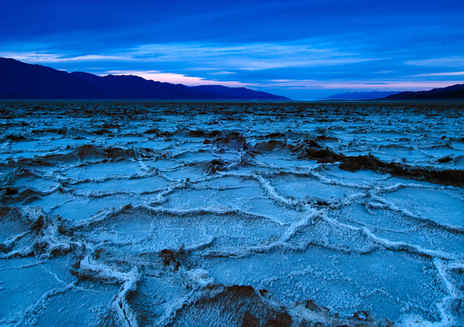 No trip to Death Valley would be complete without a visit to Badwater, the lowest point in the North America, which tips the altimeter at 282 feet/86 meters below sea...