It doesn’t take an etymologist to figure out how Oceanside got its name: the city is tucked up against the shore, 40 miles north of central San Diego. But don’t be fooled by its easy, beachy vibe, because there’s plenty going on in this up-and-coming city. Over the last few years, inspired creators of food, beer, art and music have made Oceanside a more exciting destination than ever before.

With sandy beaches and consistent waves, Oceanside has long been a favourite spot for surfers, swimmers and stand-up paddleboarders. Hire your vehicle of choice at Asylum Board Shop before hitting the swell at Pier View North or Harbor Beach. Even land-lovers can enjoy the views from Oceanside Pier: watch for dolphins outside Ruby’s Diner or try your hand at fishing with the help of the Pier Bait Shop. For thrill-seekers, there’s GoJump Oceanside, Southern California’s only coastal skydiving operator.

Head slightly inland to visit the institutions that helped Oceanside earn the distinction of a designated California Cultural District in 2017. See the exceptional collection at the Oceanside Museum of Art, view the fascinating historical artefacts at the California Surf Museum, or catch a live performance at The Brooks Theatre or The Star Theatre. You could even take home a piece of art from the outdoor Sunset Market held on Main Street every Thursday night.

A strong agricultural tradition combined with bright young minds has catapulted Oceanside to the forefront of the Southern California food scene. The city centre shines with expertly crafted seafood at 333 Pacific and Harney Sushi. For something off the beaten track, head to funky South Oceanside for inventive fare at Wrench & Rodent Seabasstropub or Panca Peruvian Cuisine & Rotisserie.

Of course, you’ll need something to wash down all those oysters and fries. Grab a flight at one of the popular craft breweries, including Belching Beaver, Black Plague and Midnight Jack, which experiment with off-beat additions such as peanut butter, habañero and basil. Holme Estate Cellars and Beach House Winery will please any oenophile, and you can even try home-brewed honey wine at Golden Coast Mead, which takes advantage of the efforts of local honeybees.

In Tinseltown, one would expect an abundance of extravagant spas, and the city does not disappoint. Treat yourself to an experience of ultimate luxury and feel like a star... 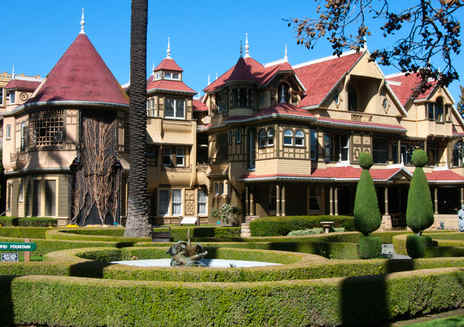 Perhaps Silicon Valley’s strangest and yet most enduring attraction is Winchester Mystery House, a 160-room Victorian mansion that was owned and built by Sarah Winchester... 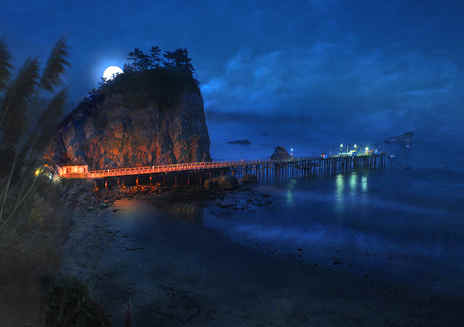 Eighty miles below the Oregon border, Trinidad Pier is the state’s northernmost oceanfront pier and sits on one of the most ruggedly beautiful stretches of...