California: Outdoor
How to See California’s 2019 Super Bloom
Where to find this year’s extraordinary bounty of flowers, from poppies to lupine and chocolate lilies

It's back and better than ever. According to the Anza-Borrego Desert Natural History Association, the 2019 spring wildflower bloom will have even more flowers and last longer than 2017’s epic display. What makes a bloom 'super'? 'It happens when all the weather conditions are just right, and that means substantial rainfall in late autumn and early winter, cool daytime temperatures and cold nights,' says Californian nature guide author Ann Marie Brown, who adds that such blooms tend to happen once a decade. California has now had two in the past three years.

Thanks to 2019’s rainy downpours and snowy deluge, flower seeds are germinating and roots are spreading. It’s already started for petal-seekers in California’s deserts and inland valleys, for instance, the explosive colour along the Fresno County Blossom Trail and there’s more to come. From late winter to May the blossoms will span the coast and foothills, and by June and July, flowers will festoon the state’s highest mountains.

Here’s how to plan your prime flower-viewing this spring, listed in order of appearance. To follow the latest on flowering, check updates from the Theodore Payne Foundation Wildflower website or the California State Parks wildflowers page.

While winter still reigns in much of the country, bright-hued flowers paint the sand in California’s deserts. Starting in early March, more than 200 flowering plant species will put on a brilliant display at Anza-Borrego Desert State Park in eastern San Diego County and thanks to more than seven inches of rain since July 2018, this could be the biggest bloom here in two decades. Walk the 1.5-mile Borrego Palm Canyon Trail from Borrego Palm Canyon Campground to see yellow brittlebush, purple desert lavender and flaming-red ocotillo. Or hike three miles into Hellhole Canyon to see flowering barrel cactus, lupine and phacelia, plus cascading water at Maidenhair Falls. Check the park’s Natural History Association site or call its wildflower hotline on +1 760 767 4684 for updates. The park’s wildflower page also provides a helpful map of the area with viewing tips.

For more viewing opportunities, head to Thousand Palms’ Coachella Valley Preserve and Mecca’s Box Canyon Road, which both have lupine and desert sunflowers. Another contender is Palm Springs’ Indian Canyons, currently closed due to flooding in February. But once it reopens (keep tabs on it here), expect colour until April.

Joshua Tree National Park will also serve up a wealth of wildflowers and, with elevations higher than Anza-Borrego (the park actually had snow last week) the flowers at higher elevations could still be flourishing into June. 'We have some flowers in the lower elevations around the Bajada Trail and Cottonwood areas of the park,' says George Land, the park’s Public Information Officer. 'Most of what is coming out on the southern boundary is bladder pod, brittle bush, creosote, lupine and poppies.' Brown recommends flower-watching walks in the lower elevations of the southern part of the park, such as the  Bajada Nature Trail.

Later in the spring, look for beavertail cacti with magenta pink blossoms so vivid that you can spot them from 50 metres away in prime locations such as the Black Rock Canyon area or the Wonderland of Rocks.  Both the iconic Joshua tree and its cousin the Mojave yucca will bear spectacular creamy white flowers.

Every spring, the hills west of Lancaster burst into a colourful display of California poppies, with their silky orange petals, and Antelope Valley California Poppy State Reserve welcomes thousands of visitors who come to see the magic. Eight miles of paths lace the reserve, but most visitors stick to the 2.5-mile South and North Loop, with a quick side trip to Tehachapi Vista Point. For status updates, check the reserve’s site or phone the Poppy Reserve Wildflower Hotline on +1 661 724 1180.

When the South Fork Merced River is rushing with spring snow melt, the wildflowers and white-water vistas on the Hite Cove Trail provide a little friendly competition for the famous sites of Yosemite Valley, just 10 miles up the road. Park at Savage’s Trading Post on Highway 140, 20 miles east of Mariposa. A walk of just a mile or two lets you discover the mother-lode of flowers, including goldfields, brodiaea, shooting stars, fiestaflowers, fairy lanterns, baby blue eyes and Indian pinks.

Every year, Point Reyes National Seashore attracts droves of flower lovers to its rugged cliffs and mossy Douglas fir forests. The park’s champion flower walk is the 1.4-mile, clifftop Chimney Rock Trail, with an overflowing banquet of poppies, owl’s clover, tidy tips, prairie mallows, paintbrush, Douglas iris and footsteps-of-spring. If you can’t get enough flower power here, drive over to Abbotts Lagoon, where an easy walk rewards you with more golden poppies than you can shake a stick at.

On the San Francisco Peninsula, the premier wildflower trail is in Russian Ridge Preserve. From mid-April to late May, its grasslands explode in a firework display of colourful mule’s ears, poppies, lupine, goldfields, viola tricolour and blue-eyed grass. And on clear days, the views of the Half Moon Bay coast will take your breath away.

Spring typically doesn’t reach the High Sierra until July and when it does, it arrives in a colourful parade of options (take a look at our guide to summer wildflower hikes in the Sierra). For an earlier glimpse, take the Sagehen Creek Trail, near Truckee, as early as June. You’ll spot western peony in the woodlands, thousands of pink shooting stars in the meadows, and if you catch its roughly week-long bloom, a carpet of blue camas lilies crowding Sagehen Meadow.

Snow can linger in Lassen Volcanic National Park well into summer, so the wildflower season arrives late too. The park’s 3,200-metre summit trail is the best place for astounding vistas and flower displays, like silverleaf lupine, with its blue-purple blossoms brightening the grey soil. Keep a look out for Lassen Peak smelowskia, which grows here and nowhere else in the world. Its white tufts peek out from rocky crevices, giving credence to its common name: alpine false candytuft. Also, look for pussy paws, its flowers resembling furry cat paws (if cats were pink).

Another great flower-spotting hike is along the Mill Creek Falls Trail, starting near Lassen’s southern entrance. Walk the two miles through a massive field of mountain mule’s ears, their sunflower-like flowers gleaming in the light to reach the 23-metre-high Mill Creek Falls, the park’s highest waterfall. 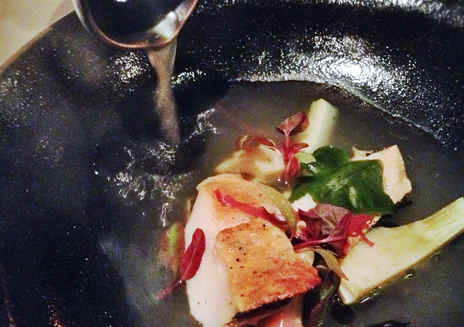 Located in the ultra luxurious L’Auberge Carmel (of Relaix & Chateaux fame), Aubergine is just the type of restaurant you want to settle into after a day of exploring... 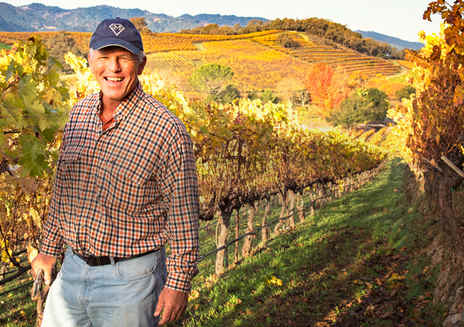 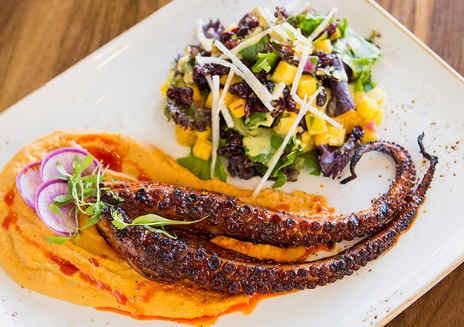 When it comes to food, Santa Barbara means business. This romantic Central Coast city is home to more than 400 restaurants, offering visitors the chance to...