Considering the Golden State’s abundance of thriving artistic communities and culturally diverse neighbourhoods, the California Arts Council had plenty of possibilities for its 2017 state-wide Cultural Districts designations. The new program, which celebrates regions with unique artistic identities, rewarded 14 communities for their commitment to culture and the arts.

“Our goal with the pilot launch of this new program was to support a group of districts that met high but broad standards of coherence, vision, and purpose—ones that could set an example for districts that will follow as the program develops and grows”, says Donn K. Harris, California Arts Council Chair.

From north to south, here are the designated California Cultural Districts.

The stunning Sundial Bridge sets the tone for Redding’s Cultural District, which blends the natural surroundings (trails, rivers, forest) with artistic activities such as microbrewing and theatre. Explore the historic downtown to find nearly 70 public art sites—like the rotating sculpture exhibit outside City Hall—and more than 50 restaurants and bars, or find local- to international-level talent at the Cascade Theatre and Redding Civic Auditorium.

This pair of Gold Country cities experienced a cultural revolution in the 1960s when the Beat Generation took residence here, and the collection of artistic residents remains strong. In Nevada City, the Nevada Theatre—the oldest theatre in California—hosts more than 100 arts-related events per year, not to mention the area’s annual festivals, street fairs and art walks.

This charming mountain town near Lake Tahoe already boasts a Historic District title, and it can now claim the Cultural District designation too. Truckee has a flourishing artistic community, evident in its art galleries and exhibit spaces. A recent addition includes a 3,000-square-foot ‘makerspace’, the Truckee Roundhouse, where community residents and visitors can learn a variety of artistic skills.

Check out the events schedule in this Marin County community and you’ll see why it makes the list: Art walks and festivals (like the acclaimed Mill Valley Film Festival) have made downtown San Rafael a cultural hub with an energetic artistic community.

Cutting-edge art forms such as animation and digital mapping compositions have helped Emeryville develop its own unique cultural distinction and arts colony. Partners such as Pixar Animation Studios and Bullseye Glass continue to grow and incubate the arts on San Francisco Bay’s eastern shoreline.

This vibrant neighbourhood in the heart of San Francisco’s Mission District has celebrated Latino culture, arts and activism since the 1940s. Today, Calle 24 boasts the largest collection of murals in San Francisco, and there’s no shortage of events and specialty businesses to keep the culture alive.

This South of Market neighbourhood in San Francisco is home to thousands of Filipino families, with multiple Filipino-American businesses (like Arkipelago bookstore and Bindlestiff Studio). Check out its exciting cultural events—like the Pistahan Parade and Festival, in August—that showcase the area’s performers, culinary arts and supporting businesses.

Since the late 1800s, The BLVD has been a hub for cultural events in the Antelope Valley, with concerts, farmers markets and holiday festivals taking over the streets of Lancaster. This High Desert district, east of Los Angeles, is home to a number of historic sites, including the Aerospace Walk of Honor and the Western Hotel Museum, and it also focuses on environmental initiatives.

Museums, anime shops, poetry venues, and historic landmarks all add to the eclectic vibe of Little Tokyo, a special pocket of downtown Los Angeles, where both traditional and contemporary artworks find a home. Take a Little Tokyo walking tour to explore the Frank Gehry–designed Geffen Contemporary at MOCA, sample the signature ramen at Men Oh Tokushima Ramen, and sip a cocktail while watching a burlesque show at the Edison.

There’s a small-town feel in the Los Angeles peninsula town of San Pedro, where the historic downtown has been hosting artist studios since 1944. You can see the artistic influence at Crafted, a permanent weekend market with handmade apparel and home decor, in the non-traditional spaces for art openings and classes, and at the First Thursday ArtWalk.

Because of its proximity to Camp Pendleton, Oceanside has historically been known as a military town. But not anymore: This coastal city in San Diego’s North County has put itself on the map with great food, quality craft beer and an emerging arts scene. The California Surf Museum pays tribute to the local surf culture; historic theatres bring the performing arts to the community; and annual cultural events feature local artists.

Sprawled across an impressive 1,200 acres and featuring 17 museums, iconic architecture, and multiple performance venues, Balboa Park truly is San Diego’s cultural centre. Along with its rich history, the park offers 65 miles of hiking trails, beautiful gardens and a world-renowned zoo you may have heard of.

A grassroots coalition of artists, community leaders and residents has kept this San Diego neighbourhood true to its authentic Chicano culture. Check out Chicano Park, where 79 historic murals create a colourful backdrop for cultural events like Azteca dance and drumming groups. The area also features galleries, cafés and breweries that showcase local art. 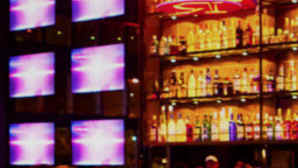 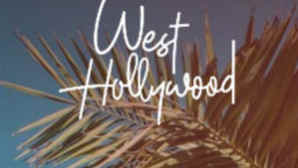 Where to stay in West Hollywood 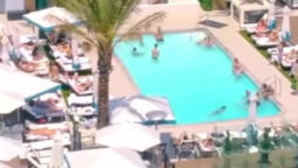 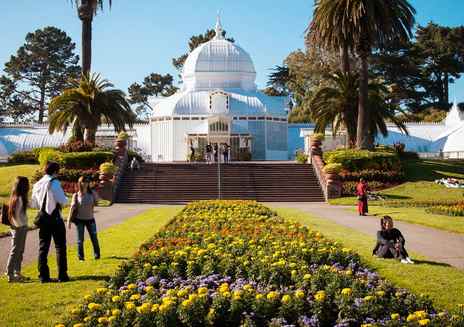 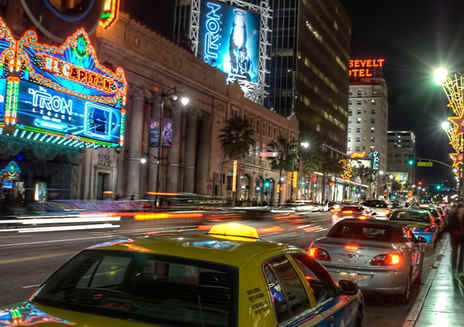 Tinseltown, where starlets are discovered on every street corner (or at least we like to think they are), and the tinted windows of that stretch limo might be hiding a... 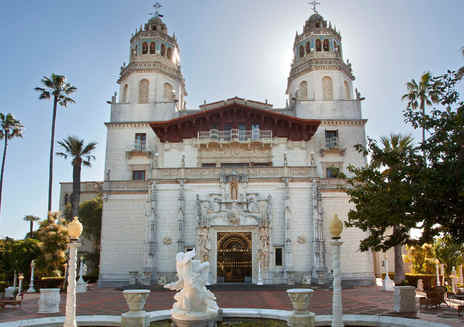 Mansions are abundant in California, with film stars and tech power brokers building palaces and adding wings, pools and yoga pavilions with abandon. But nothing comes...

DISCOVER
SPECIAL FEATURE
California: Entertainment
12 Places to Spot Celebrities
Where to get a glimpse of the hottest movie stars

Is that who I think it is? In California, the answer is probably yes. Here, stars and celebrities live, work and play. Look around on a sunny SoCal beach and you might see Matthew McConaughey... 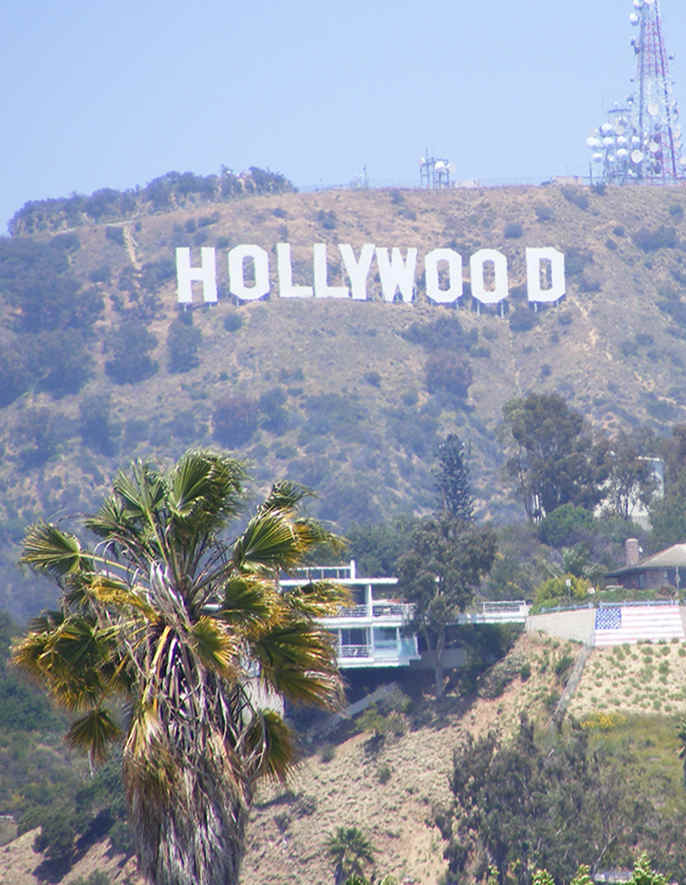 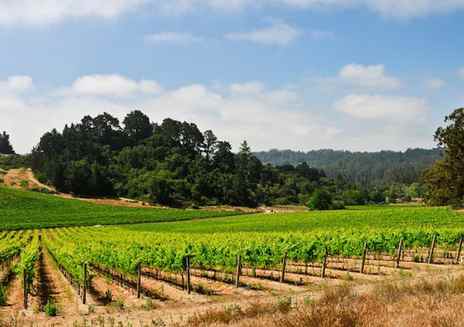 Winding into the Santa Cruz Mountains, you expect the towering redwoods and the misty ocean views. But wineries? It’s surprising but true: the Santa Cruz wine region... 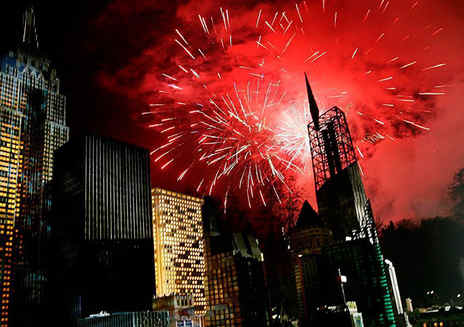 Lean back and stare up at the sky for Legoland California’s eye popping 4th of July fireworks in Carlsbad, about 45 minutes north of San Diego. The park’s '... 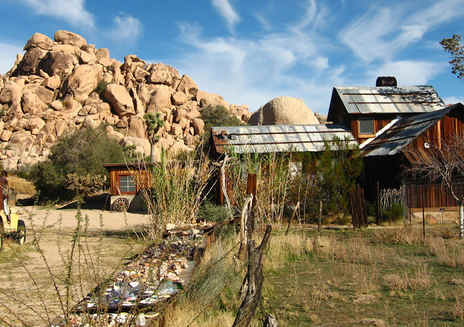 To most people, life in the desert seems harsh and desolate, but to rancher and miner William F. Keys, it was home for nearly 60 years. Bill Keys was hired to run the...