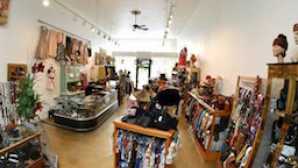 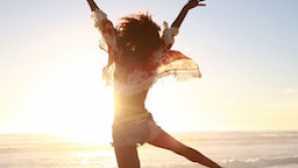 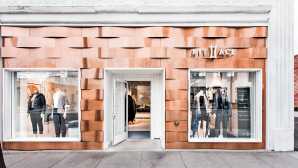 Homegrown Los Angeles fashion runs the gamut from red-carpet-ready looks by Rodarte to slouchy, soft T-shirts by James Perse, which makes this county a shopper’s paradise. Fortunately, there’s a whole crop of area stores that allow you to sample all of the latest fashions without breaking the bank. The trick is simply knowing where to look. And we’ve got that covered.

Located on the main campus of the Fashion Institute of Design and Merchandising in downtown Los Angeles, the ample space is a treasure trove of never-before-worn clothing, shoes, and accessories. All of the merchandise—donated by more than 400 retailers, manufacturers, wholesalers, and showrooms as varied as Tadashi Shoji, BCBG, and Hot Topic—is priced below wholesale, often at 10% of the retail value. “You never know what you’re going to find,” says Ella Van Nort, director of retail operations. The proceeds raise scholarship dollars for current FIDM students.

Surprised by the dismal conditions at an NYC sample sale—bad lighting, merchandise scattered about—two friends (who like to remain anonymous) thought they could do better. After they returned to L.A., the pair began hosting traveling sample sales. They set up a permanent shop on L.A.'s design-magnet West Third Street in 2009, then added a second location on Santa Monica's Montana Avenue in 2014. “Most of our items retail for $110 to $345,” the women explain, “whereas our in-store price points generally average $38–$98.” Top-selling brands include LAmade, Bobi, Dolan, and B-Low the Belt, all of which are headquartered in Los Angeles County.

Since opening her first boutique in 1981, Sequin owner Sara Schifrin has changed the name of her business and moved twice (she's now in West L.A.), yet her customers always find her. “We have a very loyal clientele, from ages 16 to 90,” explains Schifrin. She has earned their devotion by selling quality merchandise at prices women can afford. She consistently stocks the L.A. brand Velvet, whose shipment arrives on the 15th of every month and quickly sells out. Other favorites include Just Black jeans, Ethereal tops, and Freeloader tees.

There are nearly 250 Urban Outfitters stores in the United States, but not with the prices that are to be had at this find on Ventura Boulevard in Sherman Oaks. The space looks a lot like one of its full-price sister stores, but a closer look at the price tags reveals the difference. That’s because whatever doesn’t sell in the brand’s "regular" stores can end up here, explains John Hauser, chief officer of retail for Urban Outfitters. On a recent visit, discounts on such items as skirts, blouses, and men’s suits ranged from 40% to 80%.

At her store in the posh Toluca Lake neighborhood, Rose & Sage owner Soraya Ardakani handpicks each piece, mixing established designers with lesser-known local labels at lower price points. There are a few items by Michael Stars and Olivaceous on the higher end, but even their most expensive pieces are less than $200. Booties, denim and  dresses are usually priced at $60 or less. The jewelry is a steal, too, with delicately minimalist rings for $20 and classic silver and gold chokers and necklaces for $20 to $30. Every week the store offers its Surprise Me Friday sale: Shoppers might find that all long-sleeve items are 20% off, or everything in the store that’s red is reduced by 20%.

Los Angeles native Veronica Monroy-Ferrer began making miniskirts in her mother’s garage and selling them at the Fairfax swap meet back in 1996. At her shop on Beverly Boulevard, in the La Brea neighborhood, Ferrer stocks her own designs and a handful of others, all for under $200. “I wanted women to be able to wear clothes that looked expensive without paying the price to look great,” she explains. Ferrer’s tie-waist maxi-dresses and form-fitting tank dresses can go from day to night and reflect the Southern California lifestyle. In the back of the store, something is always on sale for $25, $10, or even $5, and there’s often a 50%-off rack out front.

William B launched in the 1980s and the line was carried by department stores like Barneys, Bloomingdale’s, and Neiman Marcus. In the late ’90s, a couple (who prefer to remain nameless) bought the company and a 42-foot RV, which they repurposed as a boutique on wheels. That bold experiment turned out to be a big winner, and led to a string of brick-and-mortar openings. There are now seven stores in the Los Angeles area, in Manhattan Beach, Brentwood, Studio City, Century City, West Third, Marina del Rey, and Huntington Beach, and more in the works. 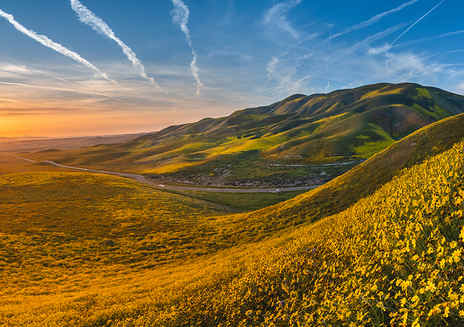 Whether you dream of carving a wave for the first time, relaxing at a wine country estate, taking a spin on an iconic theme park ride... 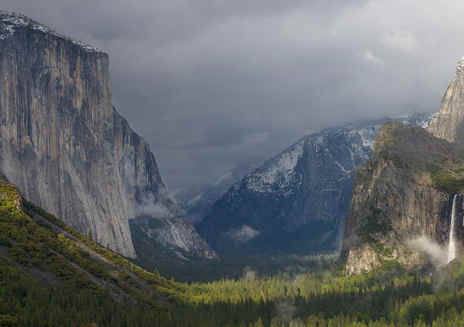 Spotlight: Yosemite National Park
Discoveries on the way to Yosemite

Granite monoliths, waterfalls, alpine meadows—it’s no secret that Yosemite delivery some seriously big wow moments. But what is a secret is the bounty of awesome things... 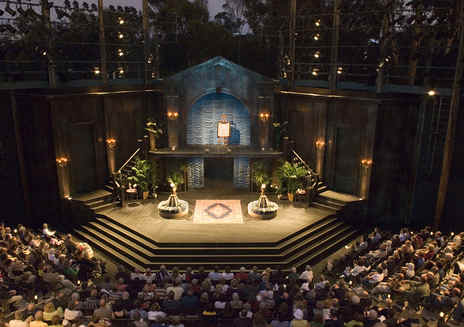 All the world’s a stage at Balboa Park, where you can enjoy just about every sort of...