Longing for a little desert solitude, and maybe the chance to take some amazing desert photos? Death Valley and Joshua Tree National Parks offer timeless landscapes and unsurpassed scenery, but so does Anza-Borrego Desert State Park, east of San Diego. Crowning California’s park system with the largest tract of state-preserved land, Anza-Borrego spans more than 600,000 acres. Go for a walk into Borrego Palm Canyon, a watery haven fed by underground springs. Wander through a steep-walled canyon at The Slot. At sunset, visit Fonts Point to see the Borrego Badlands cast shadows across a maze of golden hills and sand-coloured arroyos.

Channel Islands National Park’s popularity is partly due to islomania—our human tendency to find islands irresistible. But if you’re near San Francisco, satisfy your island obsession at Angel Island State Park. Like the Channel Islands, Angel Island’s brushwood-covered hillsides slope down to rocky coves and sandy beaches, and the 740-acre island is laced with trails. But it has one major feature the Channel Islands don’t have - world-class views of San Francisco and the Golden Gate Bridge. Walk or cycle the 5-mile Perimeter Road to get the full effect. Also visit the Immigration Station Museum—Angel Island served as the 'Ellis Island of the West' from 1910 to 1940.

The triangular peninsula of Point Reyes National Seashore protects a watery utopia of beaches, lagoons, estuaries and ponds—and makes a great weekend getaway for millions of Bay Area residents. A similar landscape can be found at the less visited but equally spectacular Sinkyone Wilderness State Park, anchoring California’s wild 'Lost Coast'. The park has only two entrances—Needle Rock to the north and Usal Beach to the south. In between, breakers pound driftwood-strewn beaches, wisps of fog wash over craggy cliffs and Roosevelt elk roam in the wild meadows. Get a taste of this wave-lashed wilderness by hiking to Jones Beach from the 1920s-era Needle Rock Visitor Centre , an hour-long drive from Garberville. For a closer-to-civilisation coastal getaway, visit Point Lobos State Natural Reserve near Carmel, where groves of Monterey cypress trees frame relentless rolling waves, and sea otters frolic in sheltered coves.

At Pinnacles National Park, you can experience the spine-tingling excitement of navigating your way through pitch-black passageways and water-sculpted volcanic tunnels in the park’s talus caves. Get a similar thrill with a below-ground visit to Providence Mountains State Recreation Area east of Barstow.  Book a tour to explore Mitchell Caverns, whose limestone walls and ceiling are lined with intricate stalagmites, stalactites and other mineralogical features. A big bonus here: Strategically placed LED lights mean you won’t clunk your head on the ceiling. 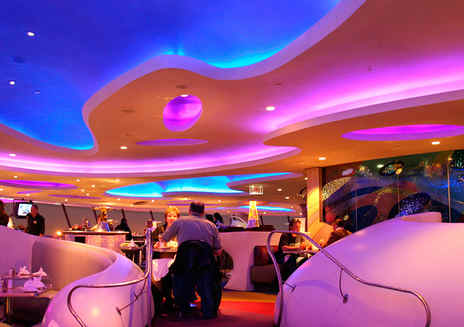 Head to the heart of California’s cities for luxurious stays at world-class hotels and resorts. From San Francisco’s historic hotels to celebrity hot spots in Hollywood... 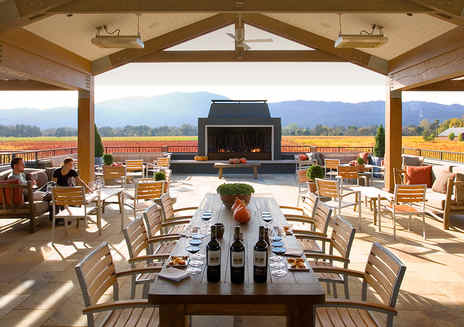 Set in the Napa Valley’s Rutherford district, famous for its high-end Cabernet Sauvignon, Round Pond Estate has a lot more going on than just wine. The property is...