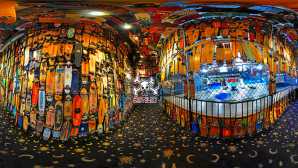 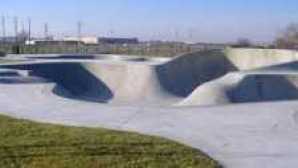 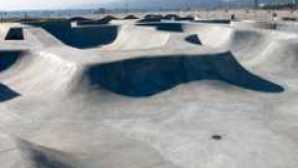 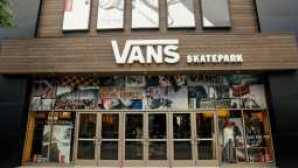 What started as a fad in the late 1950s and early '60s has morphed into a global phenomenon–and a multibillion-dollar business that’s now recognized across the planet. But the soul of skateboarding remains in California, specifically in its many skate parks and massive terrain parks with undulating concrete hips, bowls and lips as well as rails, boxes and pipes. These are where the pros come to try their newest tricks and where future stars learn to ride and to fly. Hundreds of parks, large and small, famous and under the radar, dot the landscape from north to south. But which are the best? We've scoured the state to bring you nine that anyone with even a passing interest in skateboarding should visit.

At 80,000 square feet, this enormous space on the shores of San Jose’s Lake Cunningham is the largest skate park in California, three to four times bigger than the average park. California Skateparks, one of the best skate-park design firms in the world, dreamed up this masterpiece and included enough amenities and features to please skaters of any skill level. One highlight is the 70-foot-long, 20-foot-wide full pipe, the biggest of its kind in the world. Other features are the world’s largest cradle and tallest vert wall, along with a fully fledged street course and bowls ranging from one foot deep for beginners to 12 feet deep for experts.

Tanzanite might not win any awards for its size at just 16,000 square feet, but the design—by legendary skate-park builder Wally Hollyday—punches well above its weight in terms of options per foot. Three cool bowls, ranging from a simple beginner dip to a more advanced depression with multiple depths, in-pool transitions and exciting lips, offer a variety of aerial options. Where Tanzanite really shines, however, is in its street section, which features multiple stair sets, ledges begging to be hit and rails desperate for grinds. Not a bad little place at all.

Thrasher magazine called Curt Pernice Skate Park one of the best in California, and they weren’t wrong. The park, in the Central Valley town of Ripon (about 80 miles east of San Francisco), is known for its epic pool, a concrete behemoth that takes up most of the 30,000-square-foot space and can match any other in the state or beyond. Skaters can take their pick of numerous pyramids, boxes and rails, along with step-ups and a sweet half pipe. The vibe is chilled, as welcoming to beginners and tourists passing through as it is to the hardcore set that frequents the park. The surrounding area is nicely landscaped but treeless, so make sure you apply suncream liberally before heading into the concrete jungle.

A must-visit place since it opened in the late 1990s, this indoor park was the first to use Finland birch for its ramps, which is now considered the go-to wood. The 20,000-square-foot, two-room space features multiple half and quarter pipes, stair sets, boxes and gaps. The in-house professional team sponsors up-and-comers like Jackson Stern and Gage Boyle, and you might see famous faces from Tony Hawk to Rodney Mullen show up and ride. When you’re tired of skating or need a break from thrashing, head to the free Skateboard Museum located on the premises. Learn about the history of the sport while checking out memorabilia, including more than 5,000 vintage boards, and the Skateboarding Hall of Fame.

When the Z-Boys of Dogtown’s Zephyr skateboarding team popularised the fledging sport in the 1970s, they did it in the Santa Monica sunshine. The Cove Skatepark played an integral role in helping legends like Tony Alva, Jay Adams and Stacy Peralta take the moves they knew from surfing and apply them to the concrete. The beating heart of skateboarding rests in this park, which was upgraded in 2005 but retains its old-school feel and vital place in the sport’s history. Today there are four areas where you can skate, including a street course with plenty of smart lines and a big bowl with a six-foot-deep square shallow end, a six-foot-round pocket, a nine-foot-deep oval and a thirteen-foot clamshell. Go and make some new history.

If skate parks could win awards for location, this one would get the gold. Built on the sand at the front of one of California’s most eclectic beach towns, this park attracts plenty of curious onlookers wandering along the adjacent Venice Beach Boardwalk. Built in 2009, the 16,000-square-foot park features an old-fashioned snake run, as well as a street section with ramps, rails, boxes and steps. Experienced vert riders will find plenty to do in the large pool. The flow bowl has smooth banks for picking up speed, and skaters zoom past in a constant stream. And when you get tired, just hang out in the sun and watch one of California’s most colourful beach scenes, a crazy mix of musicians, jugglers, mimes and human statues.

No discussion of skateboarding history is complete without a mention of the Combi pool, which became legendary at the Upland Pipeline Skatepark in the early 1980s. While the original Combi pool is no more, a perfect replica with historically accurate nine-foot, nine-inch transitions and an exacting twelve-foot depth can be found at the centre of the indoor Vans Skatepark. Throw in a 20,000-square-foot main course with stair sets, banks, rails, ledges and manual pads, along with an 80-foot-wide mini ramp and a warm-up course for beginners, and you have possibly the best indoor park in the entire state. An elevated viewing area means you can sit back and watch when the pros show up, while a huge on-site Vans store is the place to pick up the sickest new gear.

Ecke has one of the two public vert ramps in the San Diego area, so you know you’ll always see some talent when you visit the park. The revamped street course is challenging and easily customised, but consistently fun, while Mini-Land is the perfect place for beginners to hone their skills before mixing it up in the nearby pro-level kidney pool. It’s fun to skate at the YMCA.

This free-admission skate park offers a good-sized street course at the front, and two bowls to the rear. The street course is spacious enough that even beginners can test and develop their skills without too much worry about collisions. The on-site Vans store offers all kind of gear, including equipment suitable for children. To skate in the park, full safety gear (knee pads, elbow pads and helmets) is required; the park will loan you everything you need to comply for a nominal fee. Check their site in advance to see if there are any contests or other events scheduled. 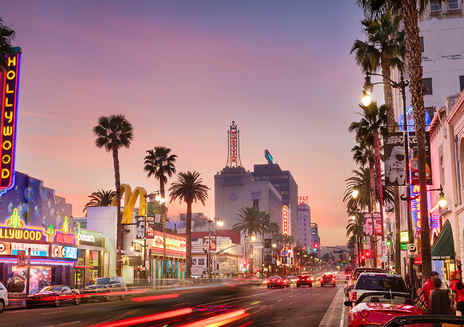 Is that who I think it is? In California, the answer is probably yes. Here, stars and celebrities live, work, and play. Look around on a sunny Socal beach and you might... 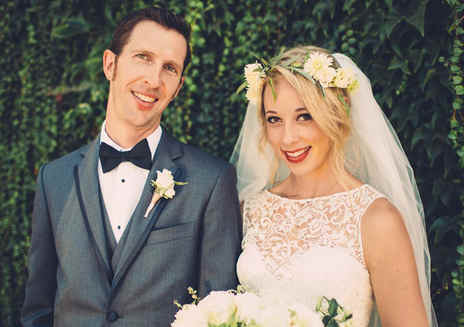 CALIFORNIA
Perfect Places to Say 'I Do' in California

Choosing your dream wedding location—one that reflects who you are as individuals, and as a couple—is a key part to creating your perfect celebration. California has an... 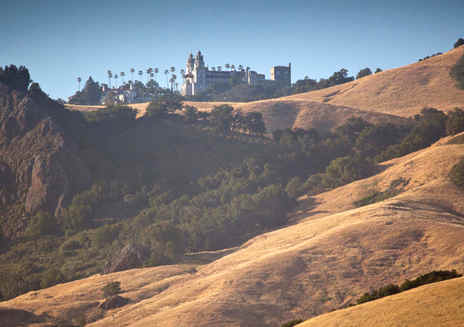 Do you need breadcrumbs to find your bedroom? We suspect William Randolph Hearst did. The 165-room main building atop what Hearst called “La Cuesta Encantada” (Spanish for...