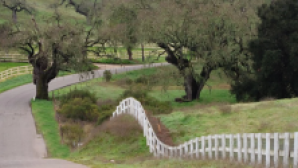 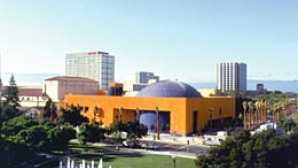 The Force may be strong—but the need for a holiday can weaken even the toughest Jedi knight. While the anticipation of more new films keeps fans in a lather of excitement, our beloved (and hardworking) Star Wars characters are clearly due for some down-time.

Certainly, they can relax at Star Wars: Galaxy’s Edge, the 14-acre themed area at Disneyland Resort that transports visitors to the planet Batuu by way of rides on the Millennium Falcon, lightsabre-making and refreshments such as blue milk. But there are plenty of other places around the Golden State that would appeal to our intergalactic friends, so we played travel agent for them. Here are the fabulous, only-in-California holidays that will suit their individual needs—trips that would help anyone recharge for life’s battles (or other sequels) that may lie ahead.

Lord Vader will no doubt be drawn to this national park based on its name alone—but taking nature walks to look for birds and wildflowers will also help the former Anakin reconnect with his good side. Since Death Valley is the nation’s largest national park with 'Dark Sky' designation (i.e. exceptional stargazing), Vader can spend his evenings looking for new galaxies to conquer—ahem, explore.

He’s always had a surfer’s earnest attitude (and the hair), so this desert boy is overdue to catch some waves—and using the Force will help minimise wipe-outs. He’ll sample the beaches from San Diego’s Coronado up to San Onofre, in Orange County, but he’ll especially love Swami’s Beach in Encinitas, a great surf spot named for the meditation-friendly ashram next door.

California may not be known for its swamps, where the diminutive Jedi master would feel at home. But he'll love mellow Mammoth Lakes for its natural hot springs—like Benton, Travertine and Keough—where he can work out some kinks. No doubt, he’ll also want to visit nearby Mono Lake: the shallow, super-salty lake was once an inland sea, and is today surrounded by limestone 'tufa' towers. It’s ancient and a little off-beat, just like Yoda.

Thinking about this intergalactic couple is now bittersweet—but in better times, Han Solo and Princess/General Leia could have found some peaceful alone time in the American Riviera. The romantic city of Santa Barbara is laid-back enough for him and luxurious enough (but nicely under-the-radar) for her. He might hire a plane to see the coastline from the air, then do some old-fashioned sightseeing in a top-down convertible. She could take a daytrip into Santa Ynez Valley wine country, bringing back bottles of Chardonnay and Cabernet Franc, and they would happily bicker over which ones they liked best.

This career Stormtrooper underwent a major transformation in The Force Awakens, joining the Resistance. But hey, stepping into the light is not just about changing yourself inside. What better place to finish his dramatic makeover than Beverly Hills? Once he’s shed that after–Labor Day white armour, he’ll be ready for some spa treatments to invigorate his skin and helmet hair, followed by a serious wardrobe upgrade on Rodeo Drive.

This plucky girl has honed her skills as a junk scavenger in the desert of Jakku—and she’s ready to go upmarket with her love of upcycling. The Palm Springs area will be an aesthetic treat for her, thanks to its time capsule of mid-century modern architecture and its dozens of antique and vintage shops. (Plus, she can choose her favourite way to chill—from rock climbing in nearby Joshua Tree National Park to sipping a cocktail poolside at a resort hotel.)

This pernickety multi-linguist has always been both a geek and a bit of a snob, so the Bay Area is his spiritual mothership. He’ll fill his days in the city with pour-over coffees and artisanal cuisine in San Francisco, head north over the Golden Gate Bridge for wine tasting in Napa Valley and then venture south to the Silicon Valley, gushing over the microprocessors at Santa Clara’s Intel Museum or driving slowly past the garage in Los Altos where Steve Jobs started Apple.

While some celebs might don a privacy-seeking baseball cap and shades for their time off, not so this mega-star droid. He’s ready to see and be seen, and where better to do that than Los Angeles? He can nosh at The Musso & Frank Grill or Pink’s Hot Dogs, then head over to the Hollywood Walk of Fame to take a selfie by his own wheel prints, and maybe insult the Darth Vader impersonator in front of the Hollywood & Highland Center.

The giant Wookiee, who has always stood in the shadow of Han, may be hungry to reconnect with some peers—or at least see Sasquatch, who has reportedly been spotted in Northern California. Chewie will take a road-trip on the Redwood Coast, along Route 96—including the so-called Bigfoot Scenic Byway—where he’ll find Yeti statues, murals and no shortage of Sasquatch-related souvenirs, especially in the towns of Willow Creek and Happy Camp.

This round-bottomed droid may be the cute new kid in town, but he knows how to be respectful of his machine elders—and not just R2-D2. He’ll head to the state capital to see Sacramento’s historic iron horses at the California State Railroad Museum, and wax nostalgic for the early days of transcontinental rail travel. Assuming he is of age, he might also explore one part of Sacramento’s 21st-century personality, found in its thriving craft brewery scene.

The cuddly creatures from Return of the Jedi have felt both the agony and ecstasy of celebrity, and there’s no place like home to re-centre oneself. In this case, the little guys should head to this state park in Humboldt County, whose Cheatham Grove provided the setting for the scooter chase on the planet of Endor. Like the Ewoks themselves, the state park is compact but full of life: just one square mile, but with fives miles’ worth of paths.

Since this angry young man was responsible for his father’s demise in The Force Awakens, he might be tempted to go underground for a while—and he’s in luck. The Shasta Cascade’s Lava Beds National Monument is home to 700 caves, shaped when volcanic lava cooled into eerie tubes; the caves provided hiding places during the Modoc War of 1872-3 and offer cool, secluded exploring today.

Kylo Ren could extend his holiday by exploring a dozen more underground attractions in California, from the Moaning Cavern in Gold Country (deep enough to hold the Statue of Liberty) to the stalactite-filled Crystal Cave in Sequoia National Park (and since it’s always about 10 degrees in this marble cavern, he can stay comfortable even with his mask on).

The enigmatic bounty hunter knows what it’s like to be surrounded by questions: Is he dead? Is he alive? Why did he once agree to appear in the Star Wars Holiday Special? He’ll feel right at home exploring this strange, rambling Victorian mansion in San Jose, which was built over the course of 38 years by the eccentric heiress of the Winchester firearms empire. While the fascinating 160-room mansion does not display the kind of weaponry that Fett might like to add to his arsenal, it does have 47 fireplaces, 40 staircases and 13 bathrooms … but strangely just one shower.

The long-time frenemy of Han Solo gets back into the pilot seat of the Millennium Falcon in The Rise of Skywalker. And while he can get some practice manning the ship on the Smugglers Run ride at Star Wars: Galaxy’s Edge in Disneyland Resort, Calrissian might ease back into the joy of flight by taking a hot air balloon ride over the rolling hills of the Inland Empire. The man of the world would also appreciate some gaming at Temecula Valley’s Pechanga Resort Casino, along with tastings at the region’s many acclaimed wineries. 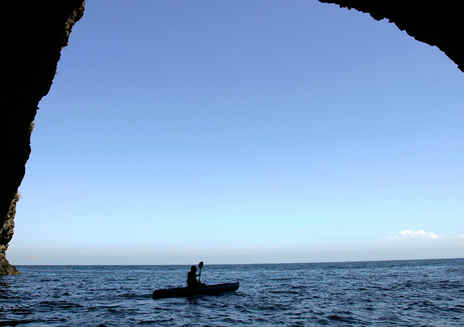 Say “down under” and you might think you’re bound for Australia, but not so fast—or far. California has a wacky-cool mix of ways to get down—way down. At Shasta Lake in... 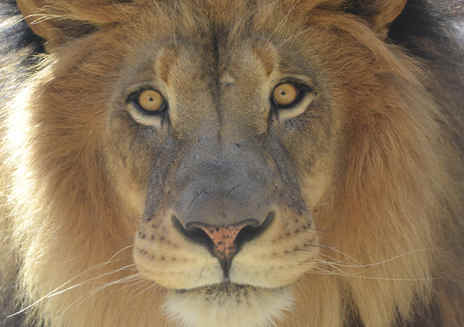 Kiss a beluga, see cool movie props, and learn about Walt’s secret hideaway on exclusive and behind-the-scenes tours at California’s theme parks and attractions. Here’s a... 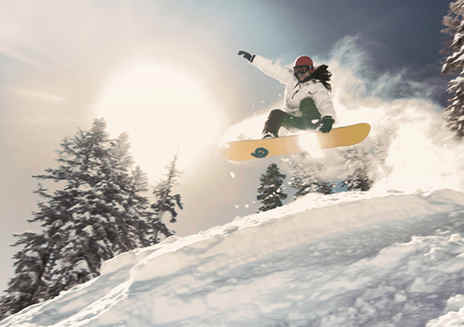 This pleasantly off-the-grid winter destination feels—and looks—like a secret escape in the middle of rugged alpine wilderness. With its laid-back, family-friendly vibe,...